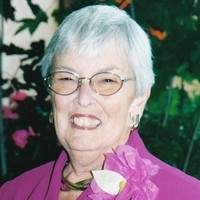 Bay County is mourning the death of a long time mover and shaker in the community. Peggy Rowley died December 31st, after a brief illness.

The 88-year-old Rowley had a hand in almost every part of the Bay Area community. She was involved with creating
the Bay Music Foundation, Bay Arts Council, the Bay Concert Band, Bay City Fireworks Festival and the Bay Area Community Foundation. Other projects include the World Friendship Shell, its Ring of Friendship Fountain and the Riverwalk.

Peg was the first recipient of the “Peggy Rowley Community Service Award” created by the Bay Area Community Foundation.

Feeling blessed to have a cancer in remission for 30 years, Peg donated her body to medical research.

A memorial service will be held at 4:00 p.m., Sunday,  January 5th, in another one of her pet projects, the State Theatre, in downtown Bay City. Her family is requesting memorial contributions to the Bay Area Community Foundation.