ABC/Mitch HaasethKane Brown has reached out to Granger Smith in the wake of his son’s heartbreaking death.

Granger announced on Thursday that his three-year-old son River Kelly Smith had died in a “tragic accident” — ABC News has confirmed that the boy drowned at the family’s home.  The heartbreaking news inspired many of Granger’s friends and peers to send their love and support, including Kane.

Talking to Entertainment Tonight during 2019 CMA Fest in Nashville, Kane shares the thoughtful words he offered Granger. “I told him already, ‘I just want you to know that I love you, man and anything at all you ever need, I’m here for you, brother, and I love you, and I’m praying for ya’ll,” Kane says.

Granger, known for hits like “Backroad Song” and “Happens Like That,” informed fans of his son’s passing with an official statement through his record label, as well as on social media.

“Our family is devastated and heartbroken, but we take solace in knowing he is with his Heavenly Father,” he writes, concluding with the statement, “There has never been a more difficult moment for us than this.”

Many additional stars reached out to Granger with their condolences, including Keith Urban, Jason Aldean and Maren Morris. 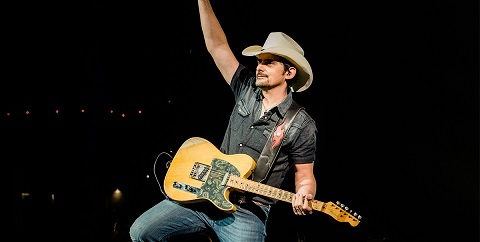