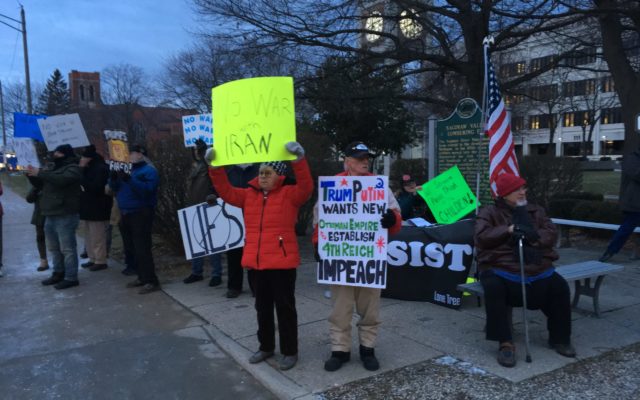 Some 25 to 30 people gathered outside the Saginaw County Courthouse in Saginaw Thursday to protest recent US military action involving Iran.

Rally organizer Carly Hammond believes most Americans disagree with the idea that the President can or should start a potential war which she thinks puts the world including America in more danger. Hammond added that American involvement in the Middle East has proven much more harmful than beneficial including the deaths of hundreds of thousands of  civilians.

She and the protestors want American military personnel in the region brought home now.