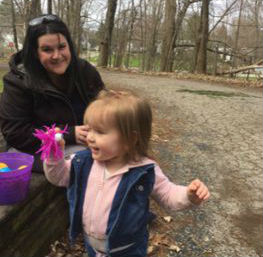 Police in Sanilac County are looking for a missing woman and her daughter.

31-year-old Tara Sheldon and three-year-old Alydiauna Sophia Munn disappeared Sunday, January 12. Sheldon was on the phone with her grandfather and told him her car had been broken into, saying she would call him back. The call was made from an unknown location. The woman and girl have not been seen or heard from since that time.