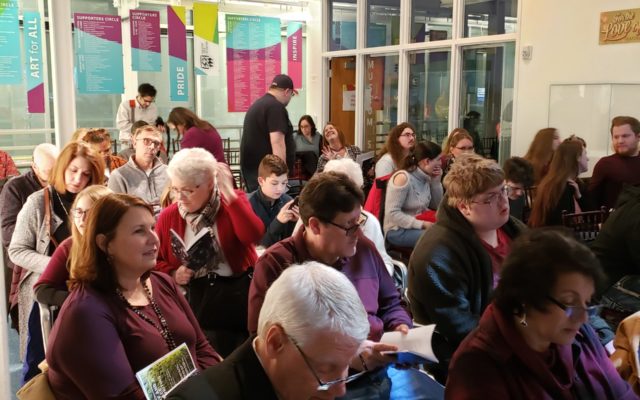 During the reception, Giroux announced that Saginaw neurologist and author Dr. Debasish Mridha has agreed to fund the magazine for the next three years.

Still Life will also begin accepting submissions from artists and poets from Midland. Previously, only Bay City and Saginaw creatives could submit, as SVSU has writing centers in these communities.

Throughout the night, those published in Still Life’s third issue shared their works, and attendees were invited to share original or favorite works. Among works shared was a never-before-read poem from the famous Saginaw poet Theodore Roethke, read by Saginaw Art Museum Director Michael Kolleth.

Still Life will be accepting submissions for its fourth issue until July 15 on the SVSU website.